Bicycling: Improve and expand bicycle facilities in order to encourage bicycling as a mode of transportation. 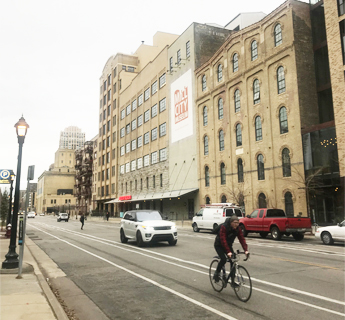 Our City’s network of on-street and off-street bikeways, totaling more than 250 miles, provides the opportunity for people from Minneapolis and elsewhere to enjoy the benefits of accessing daily needs, commuting, and recreating by bicycle. The US Census estimates that 5% of Minneapolis residents commute by bicycle. This is among the highest bicycle commute shares in the nation, and it has risen as the City has continued to invest in expanding and improving the bicycle network. If the city is to reach its goal of 15% bicycle mode share by 2025 (Climate Action Plan), this trend will need to continue. Making bicycling attractive to more people will improve health, support our local economy, and help reduce greenhouse gas emissions via reduced vehicle trips.

The City will seek to accomplish the following action steps to improve and expand bicycle facilities in order to encourage bicycling as a mode of transportation.