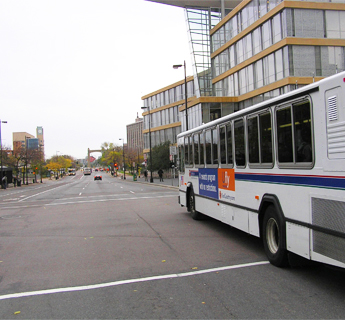 The Minnesota Department of Employment and Economic Development estimates that Minneapolis had 318,500 jobs in 2015, and the Metropolitan Council projects that the City’s employment will grow by 41,500 by 2040. Much of this job growth will happen in downtown Minneapolis, which is appropriate given the role of the central business district as the economic and transportation hub of the region. Growing employment downtown will require continued investment in the multimodal transportation system that makes downtown accessible to workers. It also means ensuring that land downtown is used as efficiently as possible.

Outside of downtown, non-production employment growth should be focused on areas well-served by public transportation. The City should continue to support large employers such as hospitals, universities, and cultural institutions, while ensuring that expansions of those facilities do not inhibit progress on other plan goals, including increasing the supply of housing.

The Future Land Use and Built Form maps allow greater development intensities in these areas that have or will have frequent and fast transit connections through the following actions:

The City will seek to accomplish the following action steps to support employment growth downtown and in places well-served by public transportation.