The Land Use Rezoning Study draft recommendations are available for public review starting January 12, 2023. A public hearing to consider recommendations is scheduled for March 20, 2023. Visit the project website for more information.

"Missing middle homes" are buildings that have multiple housing units within the structure but are more modest in scale compared to large apartment complexes. They are referred to as "missing" because not many have been built after they became illegal in many cities around the 1930s and "middle" because they are in-between single family homes and high rise apartment/condo buildings. This type of housing typically has 2 to 20 units but can vary greatly in characteristics depending on their unit count. Smaller unit count missing middle housing types include duplexes and fourplexes and are similar in size to single-family homes while larger unit count missing middle types can include rowhouses and multiplexes and are a good transition from single-family homes to larger apartment complexes.

Missing middle housing has historically given working-class families, people of color, and immigrants access to more affordable homes. During the Progressive Era, Minneapolis saw a huge increase in missing middle housing because it provided workers healthier living conditions and was more accessible than single-family homes. It wasn’t until the 1930s that regulations and policies began to work together to exclude many missing middle housing types from being built in the "desirable," single-family home neighborhoods of Minneapolis. These determinations were based on race and have shaped the opportunities granted to multiple generations of Minneapolis residents. Today, the Twin Cities has among the largest disparities among persons of color and indigenous peoples compared with white people in homeownership as well as poverty rates, employment, and level of education. One way of addressing this equity issue is to increase the amount of missing middle housing throughout the city.

While all the goals are important, Minneapolis 2040 is centered on eliminating racial disparities. To achieve this goal, the City of Minneapolis has been doing work to undo the legacy that remains from racially discriminatory housing policies by increasing access to opportunity through a greater diversity of housing types, especially in areas that lack housing options as a result of discriminatory housing policy. The Residential Buildings with up to 3-units Amendment, Built Form Regulations, and Housing Strategies are just a few examples of this work.

In addition to helping us reach our equity goals, Missing middle housing has many other benefits.

1890s - The Beginning of the Progressive Era

Missing middle homes are now welcome in zoning districts that they were prohibited from for many years. This creates opportunity for residents to live and work in areas they didn't have access to before. Even though missing middle housing is allowed throughout the city, we still have other obstacles that prevent it from being built. The remainder of this webpage includes missing middle case studies, interviews, and recourses available to build missing middle homes. 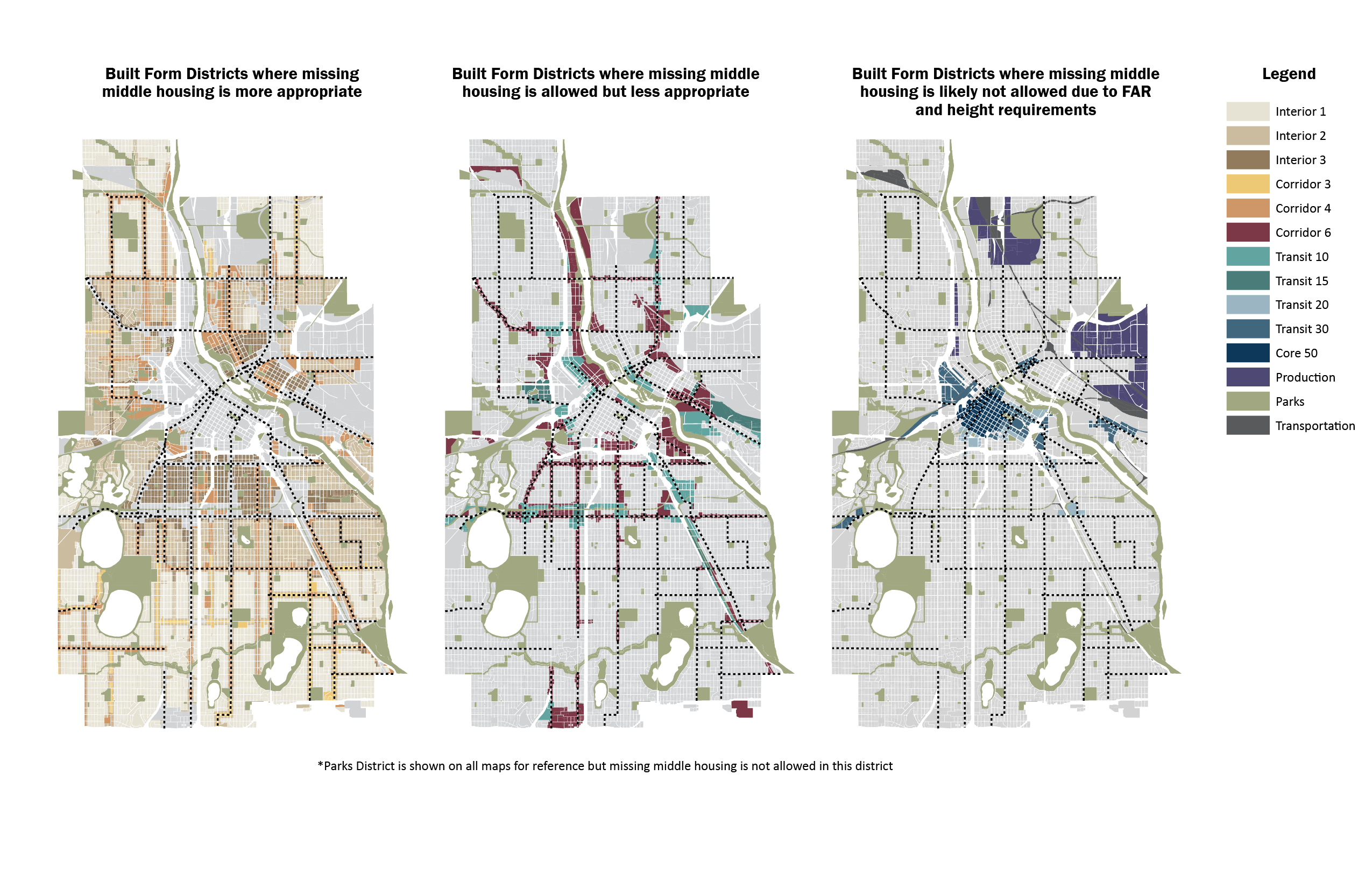 Also check out the programs that the City of Minneapolis has offers for developers, homeowners, and landlords.

Click on the following links to learn about helpful resources to build missing middle homes.